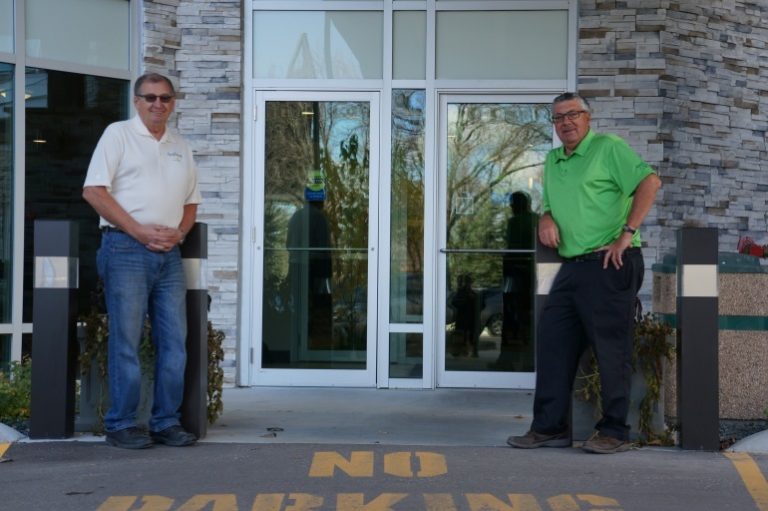 Gardens On Tenth in Altona has wrapped up its fundraising campaign.

The initiative, which was launched in the fall of 2012, raised a total of $3 million from individual donors, the local business community, churches and from interested sources outside the community.

Part of the money raised during the early portion of the campaign was used as capital to begin financing the four story, 66 suite apartment complex, and some is being used to keep a third of the suites affordable. The funds will also help fund a number of amenities and services offered at the Gardens including the commercial kitchen, lounge and library.

From the outset of the project, the fundraising committee had to battle some false perceptions of what the project was all about in addition to the usual community naysayers.

“There are still some naysayers today, but fortunately there were enough people who said “yes,” and for that I’m truly thankful,” said Menno Friesen, Gardens fundraising committee chair. “It was a lot of work to get there, but it feels good to have accomplished our goal.”

A total of 640 donors contributed to the seniors housing project. Many of donors included people living in the area while a large chunk of the money came from the area business community. According to Friesen, 80 per cent of all the money that was collected came from 20 per cent of their donors, much of that from local businesses.

“A lot of things in this community get kick-started with donations from our business people and this project was no different. Without those donations from the business community, we probably would not have reached our goal.”

Friesen thanked everyone for their donations and goodwill in connection with the project’s financing.

Gardens board chair David Wiebe says he was encouraged early on during the fundraising by the amount of interest that came from outside Altona and municipality of Rhineland.

“We had interest immediately from outside the community with significant donations, which surprised us in many ways,” said Wiebe. “In the end, it was people who had roots in the community, but hadn’t lived here for many years that really helped us achieve the $3 million dollar goal, because they recognized the importance and value of this facility to the community.” 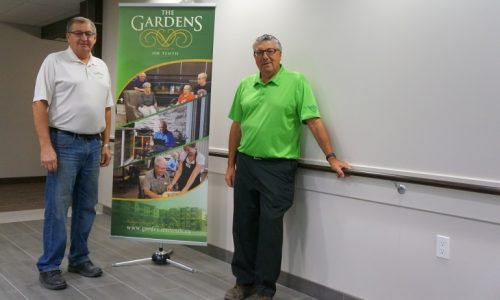 Standing beside the wall where donor names will be displayed
They admit it took a little longer to raise the money than originally anticipated, which had a direct impact on the members of the fundraising committee.

“The committee got thinner in numbers as we moved along because it was a longer process than some of the members had signed up for,” said Friesen.

Wiebe thanked the many members of the fundraising committee for their hard work and praised Friesen for his leadership during the campaign.

“When he says the committee got a little thin, that last year of campaigning was pretty much a one man committee,” noted Wiebe. “We always talk about the right person at the right time for the right job. That certainly was Menno Friesen who spearheaded the fundraising.”

The Gardens On Tenth has plans to unveil a donor wall soon with the names of people and businesses who donated $1,000 or more toward the seniors housing project.